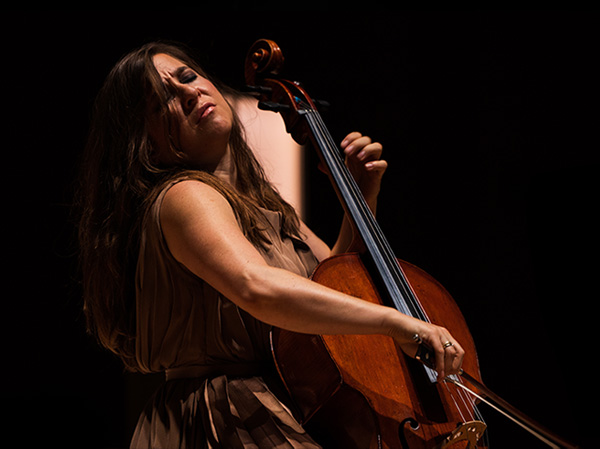 With FRAGMENTS, cellist Alisa Weilerstein creates a musical space that is at once physically intimate and philosophically expansive.

FRAGMENTS is a groundbreaking, multi-year project for solo cello that weaves together the 36 movements of Bach’s solo cello suites with 27 newly commissioned works. The resulting collection is divided into six Fragments, each an hour long and blending five to six composers, to be released independently over several seasons.

Within each Fragment, individual movements from a single Bach suite are thoughtfully integrated with selected new works to create a new emotional arc. Enhanced by responsive lighting and scenic architecture, the music is performed without pause and without a program, making for a wholly original and immersive audience experience.

Performances of Fragments 1 and 2 will begin in early 2023.

Leadership support for FRAGMENTS is generously provided by Joan and Irwin Jacobs. Patron support for FRAGMENTS is provided by Judy and Tony Evnin, Clara Wu Tsai and Paul Sekhri. FRAGMENTS has been made possible with commissioning support from Alphadyne Foundation, The San Diego Symphony, UC Santa Barbara Arts & Lectures, Carnegie Hall, Celebrity Series of Boston, and The Royal Conservatory of Music for the 21C Festival.

Special thanks to Martha Gilmer for her leadership and counsel, and to Celebrity Series of Boston and Aspen Music Festival and School for their in-kind contributions.

“My greatest hope is to deepen connection between audience and artist through a series of unique performances that embrace the world we live in without sacrificing the intellectual and aesthetic qualities that make this artform such a singular mode of human expression.” – Alisa Weilerstein