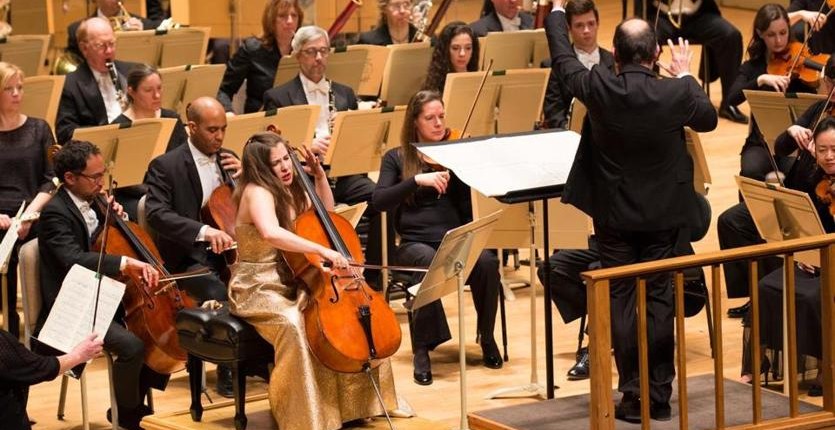 “Despite taking his title from one of Octavio Paz’s poems, Pintscher’s piece is not a literal setting or reaction to the text. Rather it is an impressionistic portrait of the elderly narrator’s early morning feelings and visions as he lingers in the free flow of the theta state, somewhere between sleeping and waking. His other inspiration was soloist and frequent collaborator Alisa Weilerstein’s ability to produce a lustrous, deep and dark singing tone in the lower range of her instrument. Her cello becomes the voice of the piece, by turns groggy, animated, cranky, contemplative, obstreperous and resigned. Weilerstein, throwing her entire body into her playing, shaded her timbre and expressively manipulated dynamics and inflection like an exceptional singing actor.”