Available now: Alisa Weilerstein’s latest album Transfigured Night, released on PENTATONE.
Transfigured Night explores the stylistic contrasts of the First and Second Viennese Schools, by combining Haydn’s first and second cello concertos with Schoenberg’s Verklärte Nacht.
Through Transfigured Night‘s unprecedented musical pairing, Alisa not only invites listeners to a new perspective on both Viennese composers, but also takes her own personal journey back in time to the city from which her grandparents fled in 1938.

“Schoenberg fled Vienna in 1934, four years before my grandparents escaped. So, as a young artist, nowhere in my imagination was the possibility of duality and contradiction made more manifest than in the history of that city. A culture that gave birth to some of the greatest achievements in the art form that I had chosen to pursue could, in the same breath, harbor sentiments and sanction behavior antithetical to music’s transcendent promise.

It might be fitting then, in the spirit of grappling with these odd realities, that this album was conceived in the most ‘un-Viennese’ location: the sweeping white landscapes and rugged fjords of northern Norway. In late April, patches of frozen snow surrounded an 11th century church where I spent twenty-one hours rehearsing and recording these three pieces with the Trondheim Soloists. Although all three had long occupied the back of my mind as potential recording projects, it wasn’t until last September, when I first had the opportunity to collaborate with these artists, that I knew I had found the ideal partners for an album of this scope and intensity.

I always considered the chamber music setting as my native environment, and the small orchestra intimacy of the Haydn concerti along with the dynamic range of the Schoenberg allowed the session to feel both big and small. This, coupled with the personal relationship I developed with my artistic partners, made for a uniquely intimate experience. I believe this comes through in the performances that I am thrilled to be sharing with you here.” 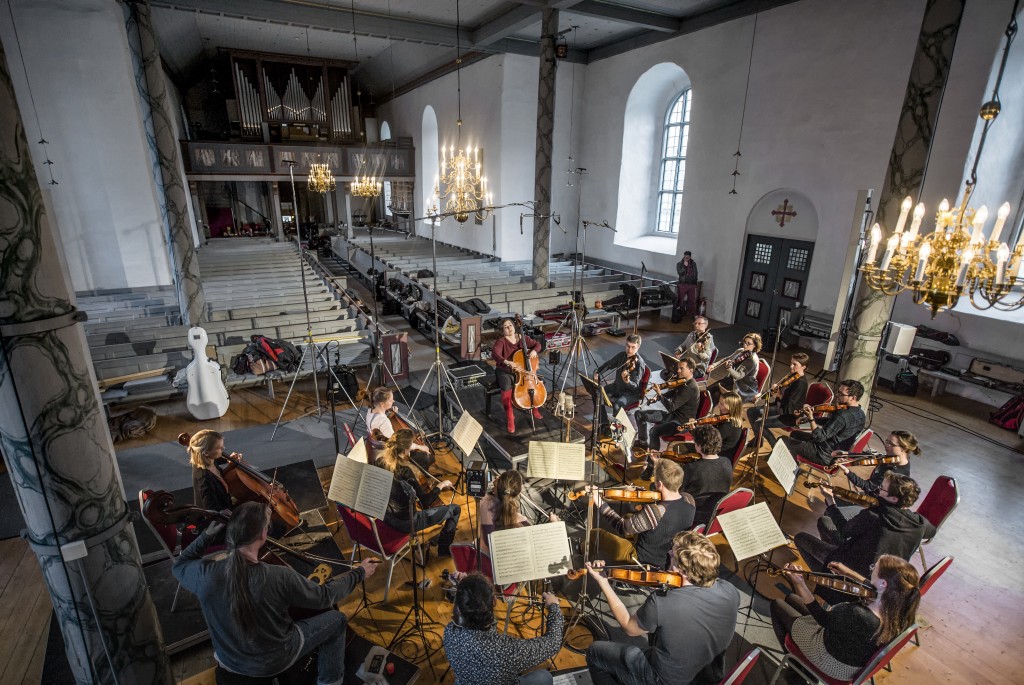 This marks Alisa’s first album as an exclusive artist with the label, as well as the first album recorded with the Trondheim Soloists since her appointment as Artistic Partner of the celebrated Norwegian string orchestra last fall.